India can set up 20 Gigafactories for energy storage: Amitabh Kant 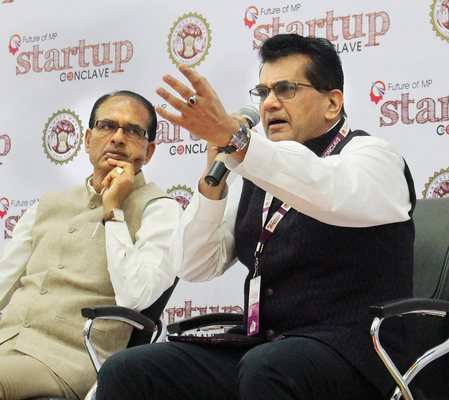 New Delhi: In a public speech on Monday, Niti Aayog Chief Executive Officer (CEO) Amitabh Kant shared a perspective on the future of India’s energy sector and prescribed a few radical reforms for the country to leapfrog to a 9-10 per cent growth rate. Edited excerpts..

If India has to grow at 9-10 per cent in the coming three decades, it is not possible without energy. The critical challenge will be the challenge of urbanization. If you look at various studies, in the next four to five decades, India will see close to 700 million people shifting towards urbanization. Every minute there are 30 Indians getting into the process of urbanization.

When America and Europe urbanized, land, gas and water was cheaply available and therefore the American economy could create cities like Atlanta where 99.7 per cent of the population travel by cars, nobody cycles, nobody walks and the American car companies bought over railway companies and destroyed them so that cars could sell.

The country needs energy transformation and we need to look at four objectives -- access to energy at rational prices, improved security and independence, greater sustainability and economic growth.

Our energy imports are pre-dominantly fossil fuel-based and there is a huge need for reduction in imports and emissions. It is very clear that we can do this only by pushing consumption of renewables. The country needs to lay a huge focus on renewables. This is the way the world is going too.

Secondly, the future lies in electric mobility. This is going to happen worldwide and if India is able to take the lead in these two things it will take lead globally. In every other sector, we have got in too late in the game but in these two sectors we are exactly where the world is. People may say whatever but we are exactly where the world is.

If we are able to make technological breakthroughs in the areas of storage and batteries, if we can make a massive break-through in electric mobility, India will leap-frog the world.

India’s biggest asset is its sun and its renewable energy but this renewable energy cannot be tapped fully without storage and without a huge and massive break-through in our ability to link it with transmission and distribution and make massive improvements.

We need to make the cost of production, transmission and distribution of renewable energy fall radically to a level which the world has not seen and deliver it to customers at a price much lower than fossil fuels.

The challenge is not electric mobility in four-wheelers. It is two-wheelers and we need to find a solution to providing batteries to two-wheelers. If we are able to do retro-fitting in our two-wheelers it will be a massive break-through.

The future will be not about purchase of vehicles but about per kilometre usage of vehicles and this transformation will happen much quicker.

We recently did a study with Rocky mountain institute which said that irrespective of the fact that we import lithium, nickel and cobalt, almost 85 to 86 per cent of value addition can be done in India. There is a huge potential among young people and oil companies to foray into batteries.

The second key challenge is in three-wheelers. Around 10 per cent of total vehicles are three-wheelers and they contribute a very substantial amount of pollution in India, about 30 per cent. In this segment, there is a huge possibility today in storage batteries as well as swapping batteries. Work in being done in this segment but we need to push the limit on this.

We need to completely re-frame our oil policy to look at this. If we need to clean up India and provide better life for our citizens, we need to focus on these areas.

On electric-mobility for four-wheelers, the latest Morgan Stanley study shows that between 2030 and 2050 every second car that will be sold will be in India and the country will be the biggest driver of electric mobility between 2030-2050.

The Rocky Mountain study show that India has the potential to set-up 20 Gigafactories in India. Why are none of our oil companies thinking along these lines -- 20 Gigafactories for batteries and energy storage?

The future belongs to storage and batteries and both the world of energy and transportation converge at the point of storage. That is where the future of India lies.