China and India lead the surge to solar energy 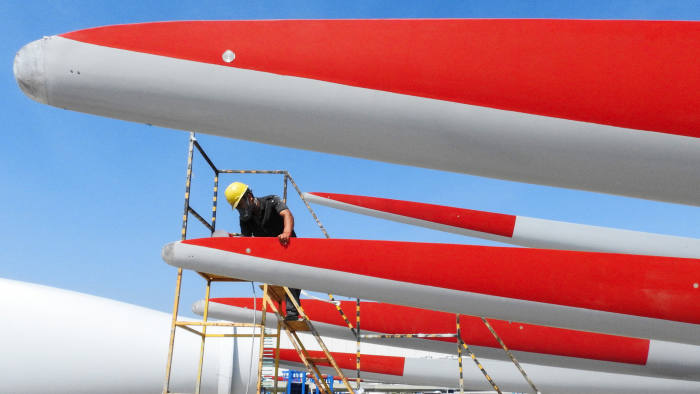 This year, emerging markets will overtake developed nations in terms of the amount of renewable wind and solar power they have installed, according to Moody’s, the credit rating agency.

In the decade to 2016, the amount of solar power generated across the world has risen by 50 per cent, while wind has increased by 22 per cent, according to BP’s annual review of world energy.

While developed economies have been leaders in the development of renewable power, much of the recent momentum has come from developing nations — and from China and India in particular, which are now the biggest and the third-biggest renewable electricity markets, respectively.

Swami Venkataraman, co-author of the recent Moody’s report, said: “Countries such as China and India [are] leading the charge, as new renewables become competitive with other sources of power even in developing nations.” Fuelled by a dramatic reduction in the costs of wind and solar technology, both China and India have raced ahead with installing renewable power as they look to build on their impressive economic growth.

The pace of this new installation of renewable power sources has cheered defenders of the Paris climate agreement even after President Donald Trump withdrew the US from the accord. “The magnitude of the technology cost deflation is way ahead of anything forecast by anyone in the world,” says Tim Buckley, director at the Institute for Energy Economics and Financial Analysis. Last year, China added 50 gigawatts of solar power capacity, according to the International Energy Agency — more than it added for coal, gas and nuclear power capacity put together, and equivalent to the combined solar capacity of France and Germany.

India, the world’s fastest-growing major economy, added around 9.5GW of solar. The country is on course to hit 28GW by the end of 2018 — six times what it had installed three years ago. Wind is growing less quickly, but from a higher base. Last year, China added 15.6GW of wind capacity — an increase of 10 per cent. The magnitude of the tech cost deflation is way ahead of anything forecast Tim Buckley, director at the Institute for Energy Economics and Financial Analysis Underpinning the growth in solar in particular has been a collapse in the cost of solar panels, both as a result of improving technology and oversupply in China.

By 2017, the price of solar modules had fallen more than 80 per cent since 2009, according to the International Renewable Energy Association, while that of wind turbines had fallen by about half over the same period. There are signs, however, that the momentum could be about to slow down. The biggest risk comes from policy in Beijing, which changed in June to cut incentives for solar power. Wood Mackenzie, the energy market research company, said it expected China to add 20GW less than previously predicted as a result.

While a slowdown in installations is likely to cause Chinese solar-panel makers to sell their products even more cheaply on the global market, there are signs that other governments are beginning to resist the flow of cheaply made imports. The EU and the US have in recent years imposed anti-dumping duties on Chinese panels, and earlier this year, India followed suit, levying a 25 per cent emergency tariff on imported solar panels for new projects.

Already, the impact is being felt in the cost of Indian development. After several years of developers offering to build new solar parks for record low costs, prices have bottomed out. “We need clarity for the industry,” says Raman Nanda, chief executive of SB Energy, part of the Japanese conglomerate SoftBank, which is planning 20GW of new capacity in India by 2025.

But analysts predict that the long-term decline in technology costs will mean that the industry is able to recover. Kanika Chawla, an analyst at New Delhi’s Council on Energy, Environment and Water, says: “The energy transition across emerging countries is well on its way and is unlikely to be reversed — even if it does not necessarily always follow a smooth path.”